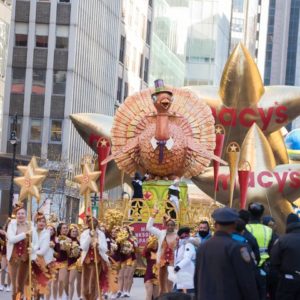 What are your plans for Thanksgiving?  For most of us, there are memories that abound that include family, gratitude, and food!  For 50 million of us, the Macy’s Day Parade plays some role in Thanksgiving Day across the US, and 3.5 million people have the exciting opportunity to participate in the action in New York City! 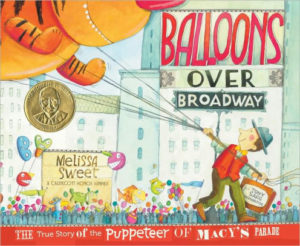 Saint Ambrose students celebrated STEAM day on November 8th by kicking off the holiday season with STEAM Problem Based Learning Unit (PBL)  about the Macy’s Day Parade, through activities and problem solving which included the book, Balloons Over Broadway, by Melissa Sweet.  The book tells the true story of the puppeteer of the Macy’s Day parade, and proved to be an engaging centerpiece for lots of creativity, problem-solving, teamwork and REACHing in the classrooms this month!

National STEM/STEAM Day is celebrated annually nationwide on November 8th. This day was created to help students advance in the areas of Science, Technology, Engineering, Arts and Math. As the first STEAM school in the state of Ohio, Saint Ambrose School celebrates this every day, but, in honor of the day, a school-wide PBL (Project Based Learning), under the leadership and guidance of our Technology Director, Amy Morgan, was kicked off and later executed across Kindergarten- 8th-grade classrooms! 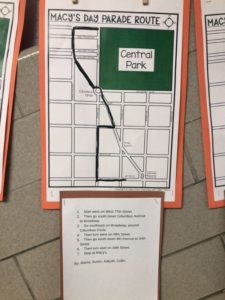 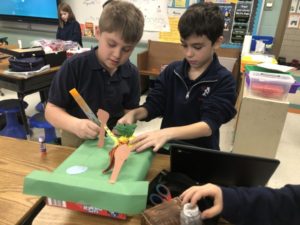 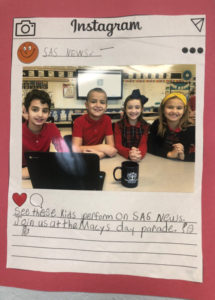 Some of the grade-level plans included:

-The Kindergarten class decorated balloons that were used in a videoed parade with a city skyline in the background.

-Fifth-graders utilizing a budget to determine how a family can spend its time visiting the Thanksgiving Day parade.

Encore classes used math and chemistry to create water balloon paintings in Visual Arts class and students walked the distance of the Macy’s Thanksgiving Day parade route while wearing heart rate monitors in Physical Education. Overall, the whole school was so EXCITED to undertake these projects in celebration of STEAM education and the Macy’s Day Thanksgiving Parade! 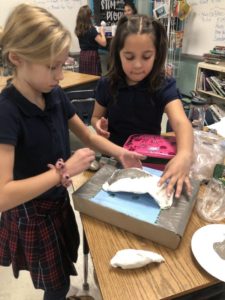 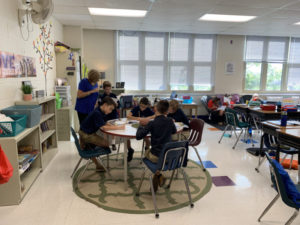 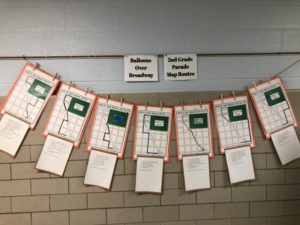 Please see the specific units completed at each grade level and ask your children about their projects!  They are proud of their work! This year, like every year, we have so much to be grateful for.  This year, you may find your children have a renewed appreciation and interest in the Macy’s Day Parade as they have spent weeks working on projects around this celebratory event!

Thank YOU JESUS for our faculty and staff for leading this incredible PBL for all of our students as a way to gather together as a family and complete!  We are so thankful for the creativity of our students who fully immersed themselves in this engaging project.  What a fun learning experience it was for our school family.   May God bless you this holiday season as we all say THANK YOU JESUS for all He has given to us!  We are certainly thankful for YOU!  Enjoy everything about this holiday, and don’t forget to catch the Macy’s Thanksgiving Day Parade!